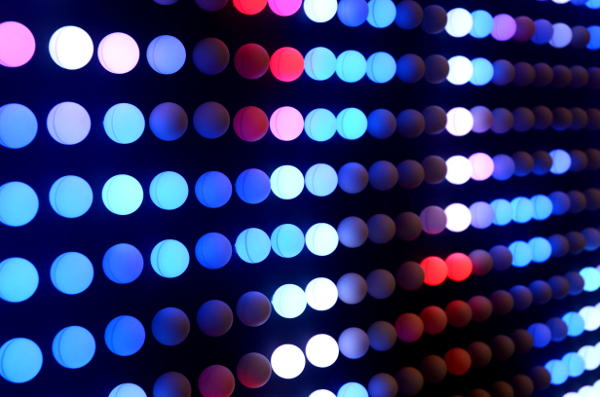 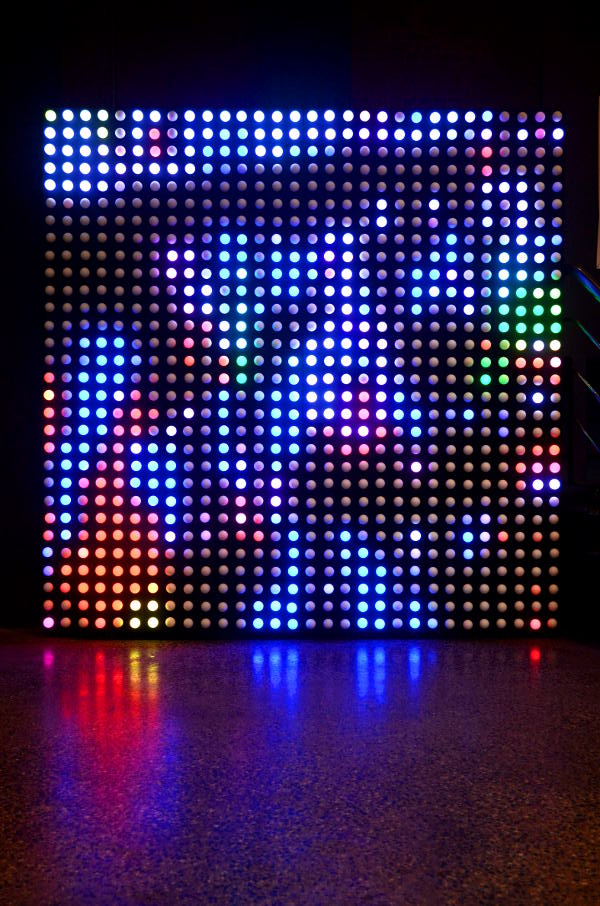 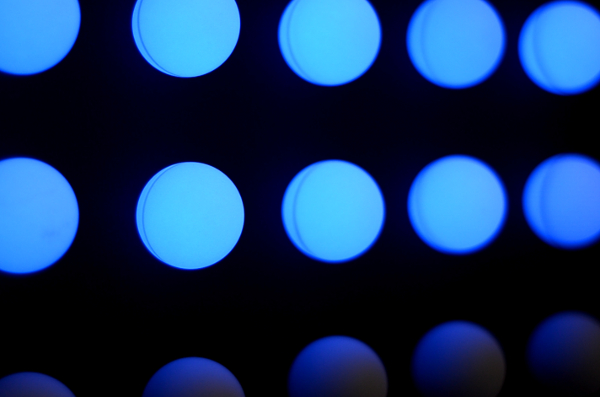 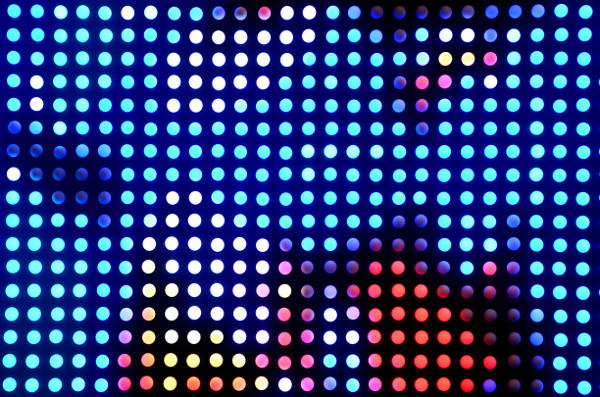 O.N.P.I. is a 2 dimensional upright field of spheres that are orchestrated to form moving visuals which are both strikingly beautiful and engaging to watch. As part of a group of objects originally conceived and built for “Future Relic” (solo exhibition April 2013), the work is based on the idea of public opinion being swayed by strong aesthetics and visual beauty.

O.N.P.I. Stands for “Optical Neural Programming Interface”, however, just as the content is obscured, so too is the real meaning of the acronym (pronounced “on-pea”).

O.N.P.I. focuses on the disturbing developments occurring right now in Russia, which have recently also been in the spotlight during the Sochi Winter Olympics. Due to strong, wide scoping laws relating to what is termed as “Gay Propaganda”, many innocent people are
being harassed, brutally beaten, and detained by governing bodies, as well as the general public.

The documentation of these events is being presented on government TV channels as propaganda supporting that the enforcement of these new laws is working well to protect public decency, but outside of Russia is attracting worldwide condemnation for this aggressive and personal attack on its people’s human rights.

The source material for O.N.P.I. is pulled from this news coverage which has been specially treated and filtered with colour blobbing and light vector processing to morph the vision into slow, fluid motion and movement, creating an abstract experience that is often pleasing for the viewer, despite the nature of what is actually being shown. The result is colour and movement, with the original video mostly indecipherable until the viewer is finally able to recognise shapes and movement in the surface. In this way, the O.N.P.I. acts as a spin doctor of sorts, making palatable the ugly that exists in the world in the same way that propaganda is used to sway public opinion.

Physically, O.N.P.I. is a hand-built pixel wall measuring at 2.1m x 2.1m, made of 900 illuminating spheres mounted onto a black backing board that is free standing.

This piece continues the research of long time collaborators Jesse Stevens and Dean Petersen into the power of the pixel, and the way in which it now surrounds us in many different forms to influence, control, and connect our realities on a worldwide scale.